ARCADIA is one of the 1,000 fastest-growing companies in Europe

ARCADIA is one of the 1,000 fastest-growing companies in Europe 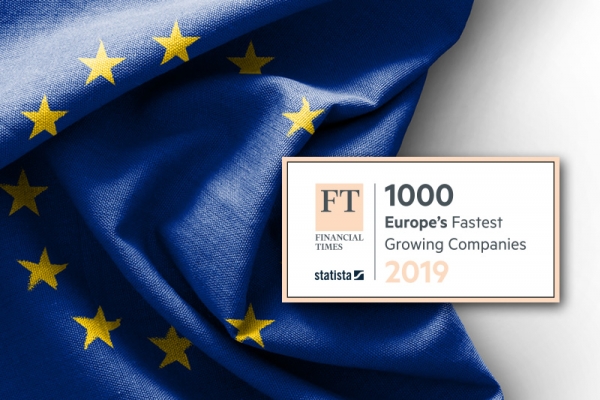 Having already received the award as FOCUS Business Growth Champion Germany in February this year, the Leipzig-based ARCADIA Investment GmbH now also ranks among the “FT 1000” – the 1,000 fastest growing companies in Europe in 2019, according to this year’s study of the British newspaper Financial Times. ARCADIA was able to reach place 453 among the European growth champions.

In cooperation with Statista, the Financial Times has published a list of 1,000 cross-sector companies from 32 European countries with the strongest sales growth between 2014 and 2017 in its special report “FT 1000 – Europe’s Fastest Growing Companies 2019”. The selection criteria were a company headquarters in one of the listed countries, a predominantly organic increase in turnover and minimum turnover of 100,000 euros in 2014 and 1.5 million euros in 2017. The complete ranking can be viewed at www.ft.com/content/238174d2-3139-11e9-8744-e7016697f225.

Alexander Folz, managing partner of ARCADIA Investment GmbH, is proud of the renewed award. “We see the placement as appreciation for the work of the last couple of years and as indication of an increased potential and a higher level of awareness. In the evaluation period from 2014 to 2017, the company recorded an overall growth of 385 percent. “This would not have been possible without our team and the trusting cooperation with our business partners. For the future, we expect both a further increase in the number of projects and in the average project volume“.

The ARCADIA Investment Group specialises in the development of retail properties, residential properties as well as car parks and underground car parks throughout Germany. In addition to activities relating to the company’s own portfolio, it has also implemented a host of projects in the framework of joint ventures – amongst others in close cooperation with several national and international investors. The company’s core business also includes the optimisation, maintenance and expansion of the property portfolio of family businesses with the utmost care and confidentiality. ARCADIA Investment GmbH, the holding company of the Group, currently employs 36 people and is currently developing areas with more than 300,000 square metres of space nationwide. The associated project volume currently amounts to approximately 300 million euros.