ARCADIA is among the “Growth Champions 2022”

For the 4th time in a row: ARCADIA is among the “Growth Champions 2022” 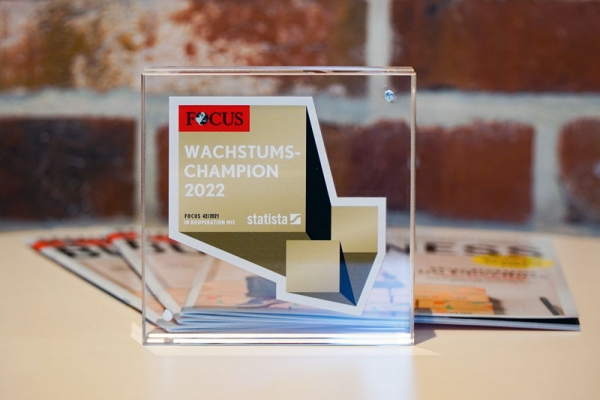 With an average annual growth rate of 42 per cent, ARCADIA ranks 195th in the overall ranking of the companies surveyed.Photo: ARCADIA Investment Group | Andreas Kusow

From a total of two million companies registered in the commercial register, 15,000 companies with significant employee or turnover growth were filtered out. The 500 fastest-growing companies in the country were determined by analysing the annual turnover development between 2017 and 2020. This assumed, among other things, a minimum turnover of 1.8 million euros in 2020 as well as an average annual growth rate of over 10.9 per cent. ARCADIA was able to almost triple its turnover during the study period from 2.8 million euros in 2017 to 8.1 million euros in 2020 and now employs 47 people. The solid growth process is to be continued in the coming years through further strategic growth in planning and construction as well as through the expansion of the areas of expertise.