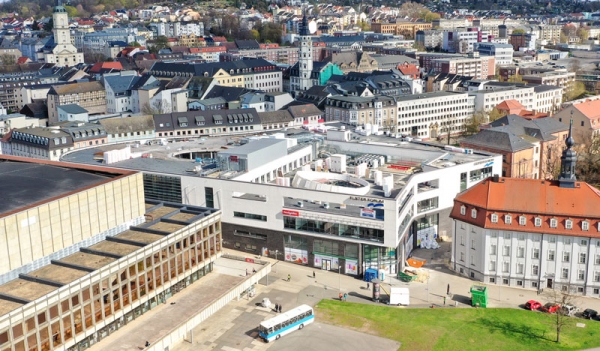 View of the “Otto Dix Passage” in Gera, which is currently being renovated.Photo: ARCADIA Investment Group | Andreas Kusow

After a conversion period of around six months, ARCADIA Investment Group has handed over a rental space of around 1,933 square metres in the inner-city “Otto Dix Passage” in Gera to the fitness studio FIT/ONE. The fitness sudio, which operates throughout Germany, concluded a lease agreement for twelve years. FIT/ONE’s first studio in Gera to date will be established on the ground floor of the “Otto Dix Passage” and is scheduled to open on 31 March 2022 after the interior work has been completed. In addition to training and course rooms, future members will also have access to a wellness area with sauna, massarium and solarium.

Already in April 2018, an investment company of ARCADIA Investment Group had acquired the former shopping centre and announced plans for an expansion and conversion. ARCADIA has been revitalising the building since early September 2020. The general contractor for the conversion of the “Otto Dix Passage” is Prehn Bauprojektmanagement GmbH from Lubmin. After its reopening, the newly designed shopping arcade will have around 16,500 square metres of usable space, meet modern building standards designed for sustainability, and have an attractive tenant mix with various types of use.