Schröder Holding acquires 6,650 square metre plot of the “Gartenstadt” residential quarter in Taucha for the construction of an EDEKA grocery store 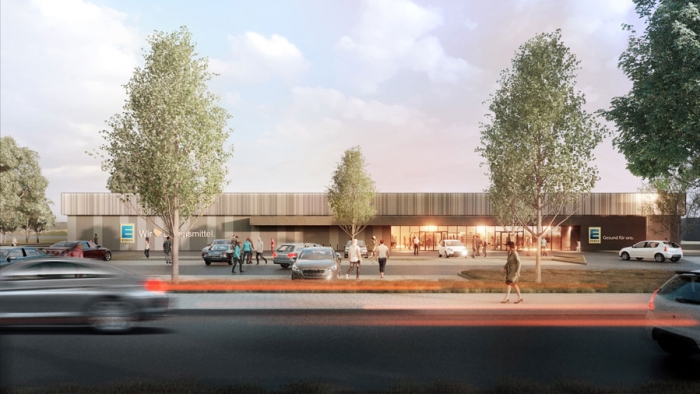 Schröder Holding GmbH has acquired a plot of the “Gartenstadt” residential development in the small town of Taucha, north-east of Leipzig, from a project company of the Süß Group and the real estate developer ARCADIA Investment Group. On the approximately 6,650 square metre plot, the grocer EDEKA will realise a full-range supermarket on approximately 1,700 square metres of sales area. The new grocery store forms the northern end of the residential development on Eilenburger Straße. The parties to the contract have agreed not to disclose the purchase price.

With the resolution of the city of Taucha on 11 February 2021, the newly drawn up development plan of the “Gartenstadt” has obtained legal force. The property development for the construction of the EDEKA market is expected to start in the second quarter of 2021 and will be carried out by the sellers before the land is handed over to the new owner. Construction is expected to start as early as autumn 2021. The new grocery store will be connected by the access road from Eilenburger Straße, which has yet to be built.

The EDEKA grocery store is not only intended to benefit the residents of the future residential quarter, but in particular to close the supply gap in the east of the small town. “The opening of the EDEKA store marks an important step in the realisation of the overall quarter and increases the attractiveness of Taucha as a residential location,” says Alexander Folz, Managing Partner of ARCADIA. Taucha’s positive population development creates the need for shopping facilities for everyday goods and influences the expansion of the supply structures.

Schröder Holding GmbH is a nationwide real estate developer based in Zeitz. Founded in 2016, the company specialises in the development of commercial real estate, with a focus on food retailing, as well as residential developments, particularly in central Germany. Currently, seven EDEKA stores are being built in eastern Germany, which are to be handed over in the period from 2021 to 2023. In addition, the company aims to design sustainable and self-sufficient urban districts and construct climate-neutral buildings using timber construction methods.

The Süß group of companies has been active in the real estate market for over 30 years, both regionally and nationally. The company name stands for quality, reliability and experience in a wide range of tasks. The core business of the company includes consulting, planning and realisation of construction projects, but also the areas of logistics, building materials trade, as well as commercial and residential project development. In addition, the company is also active in the service and tourism sectors. In recent years the Süß group of companies has grown steadily and now employs around 100 people.