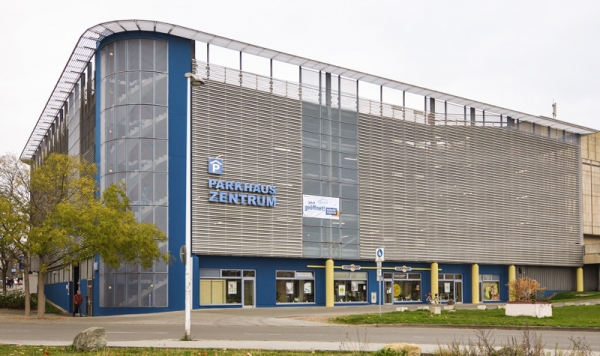 The “Parkhaus Zentrum” multi-storey car park at Dr.-Eckener-Straße 1 in Gera is changing hands. An associated company of the ARCADIA Investment Group has sold the inner-city multi-storey car park with approximately 375 parking spaces on a gross floor area of approximately 12,650 square metres to a Bavarian cooperative bank. The parties to the contract have agreed not to disclose the purchase price.

The multi-storey car park was built in 2003 and is located in the city centre of Gera. it has ten half-levels and offers around 200 square metres of retail space on the ground floor. The cultural and congress centre, the “Otto Dix Passage”, which is currently being renovated and the urban development project “Geras Neue Mitte” are located in the immediate vicinity. Since the beginning of November 2020, the Bielefeld-based GOLDBECK Parking Services GmbH has been managing the car park. The company had previously signed a long-term lease contract with ARCADIA for 18 years.

Over the course of the modernisation work carried out on the multi-storey car park, the exit was reconstructed to enable a conflict-free exit. In addition, modern LED lighting was installed on all ten half-levels and the car park façade as well as the staircases were repainted. To ensure improved user-friendliness, all road, parking space and floor markings as well as the floor coating of the open levels were renewed.