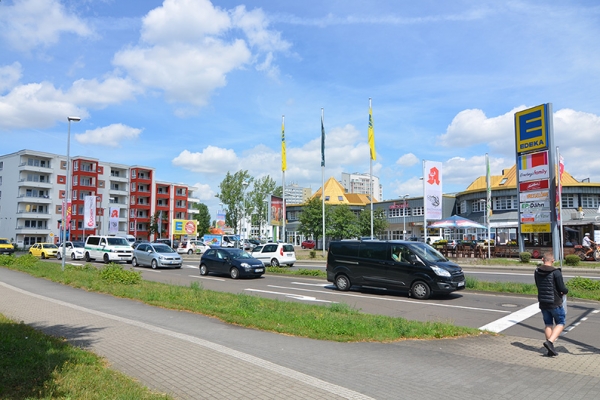 The Leipzig ARCADIA Investment Group has rented more than a total of 1,600 m² retail space in the Leipzig Permoser Eck shopping centre. This includes some 780 m² retail areas for the kitchen retailers Küchen Trend Leipzig GmbH, an EP Electronic Partner and a pharmacy. In addition a further 360 m² office space was newly let and likewise another 270 m² space to a general practitioner team and also a care service provider. Furthermore, the only two flats in Permoser Eck with around 160 m² were also newly let. The longstanding current tenant of Permoser Eck, Tanzschule Jörgens (dance school), has now enlarged its leasing space to a total 582 m² and has also extended its entire tenancy agreement by ten years.

The Permoser Eck shopping centre, which was built in 1994/1995, is located in the Leipzig Schönefeld neighbourhood. The shopping centre was bought by a Dutch project developer at the beginning of 2008 that subsequently carried out extensive alteration and modernisation work on the property. The total rentable space comprises some 5,600 m², of which around 3,800 m² are sales areas. Added to this are 100 ground-level parking spaces found in front of the property – on their own parking lot. As the main tenants, both Edeka and Tanzschule Jörgens were able to be established early. The objective of the restructuring process, which was attended to by ARCADIA Investment Group on behalf of the owner, was an attractive tenant mix in the upgraded mall as well as the establishment of a medical centre.

According to Alexander Folz, Managing Director of ARCADIA Investment Group, this process is currently almost completely finalized. Only two attractive shop units measuring approx. 56 m² each, in the entrance area, are still available for a florist, ice-cream parlour, cafe, toy shop or alternatively a sales office. A new 200 m² space has been created on the ground floor for which an operator for a gym, yoga or health sports or health advisor is still being sought.

The area surrounding Permoser Eck has in recent years undergone a drastic development: a kindergarten was newly established just as care homes are currently being constructed at Volksgartenstraße with an expected completion still in 2017. The AZURT old age home with 146 places at Poserstraße was already opened in 2016. A health and beauty store is currently planned between this institution and Permoser Eck.

Construction for the alteration of the Umweltforschungszentrum (environmental research centre) at Torgauer Straße has recently begun with a view to 4,600 m² usable floor space for offices, laboratory rooms and 170 employees. “Such an intensive new development”, says Alexander Folz, “will have a step-by-step effect on life, local provisions and the catering industry in the area over the next few months. Permoser Eck is now geared for such changes.”

For enquiries please contact Herr Ralf Bettges, Press and Public Office at 0172 – 233 73 90 Further information about ARCADIA Investment Group can be found at www.arcadia-invest.de.