ARCADIA is growth champion and top employer in 2020

ARCADIA is growth champion and top employer in 2020 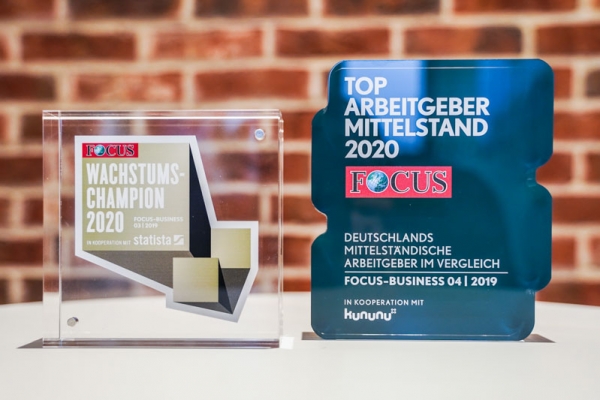 The business magazine FOCUS BUSINESS has again awarded the ARCADIA Investment Group as one of the 500 fastest growing companies in Germany. The Leipzig-based property developer was able to assert itself among 12,500 companies and took 182nd place in the overall ranking. For the second time in a row, ARCADIA is also one of the top employers in the SME sector in 2020, chosen by FOCUS BUSINESS in cooperation with the employer rating portal Kununu.

“We are very pleased to be named growth champion and top employer once again,” comments Alexander Folz, Managing Partner of ARCADIA. “We are proud of what we achieved as a team and see the awards as an incentive for our further development”.

In cooperation with the market research institute Statista, FOCUS BUSINESS evaluated 12,500 German companies for the ranking of the growth champions. The 500 fastest-growing companies were identified by analysing the annual sales development between 2015 and 2018. The analysis assumed minimum sales of EUR 1.8 million in 2018 and an average annual growth rate of over 16.7 percent. ARCADIA almost tripled its revenues from €1.3 million in 2015 to €3.8 million in 2018 and now employs 40 people.

For the third time in a row FOCUS BUSINESS has identified the best employers in the SME sector in 2020 and awarded the 3,400 top employers in 35 sectors. The survey was based on 900,000 German companies with around four million employee ratings on Kununu. Companies were taken into account that employ between 11 and 500 employees, have at least ten ratings and a rating of at least 3.5 points.