ARCADIA is among the “Growth Champions 2021”

For the 3rd time in a row: ARCADIA is among the “Growth Champions 2021” 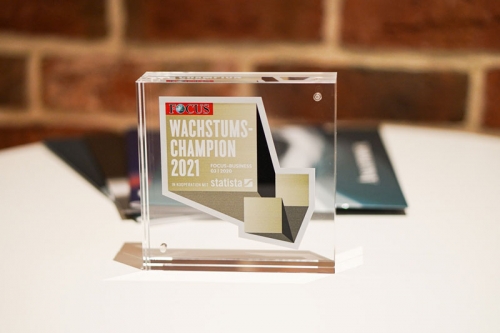 With an average annual growth rate of 37 percent, ARCADIA ranks 213th in the overall ranking of the companies surveyedPhoto: ARCADIA Investment Group

Following the 2019 and 2020 awards, the ARCADIA Investment Group is also one of the 500 fastest-growing companies in Germany in 2021.

For the sixth year in a row, FOCUS BUSINESS presents the fastest growing companies in Germany. The Leipzig-based real estate developer ARCADIA Investment Group has succeeded in placing itself in 213th place in the overall ranking of the 500 growth champions.

The business magazine FOCUS BUSINESS evaluated 15,000 German companies for the ranking, in cooperation with the market research institute Statista GmbH. The 500 fastest-growing German companies were identified by analysing the annual sales development between 2016 and 2019. This analysis assumed, among other things, a minimum turnover of €1.8 million euros in 2019 and an average annual growth rate of over 12.1 percent. ARCADIA was able to consistently more than double its sales in the period under review from €1.5 million in 2016 to €3.9 million in 2019 and now employs 47 people. Through further strategic growth and the expansion of the fields of competence, the growth process is to be continued in the coming years.